What exactly does our Technology do? 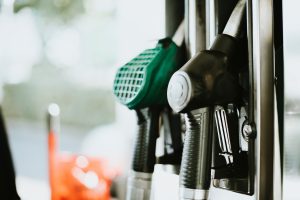 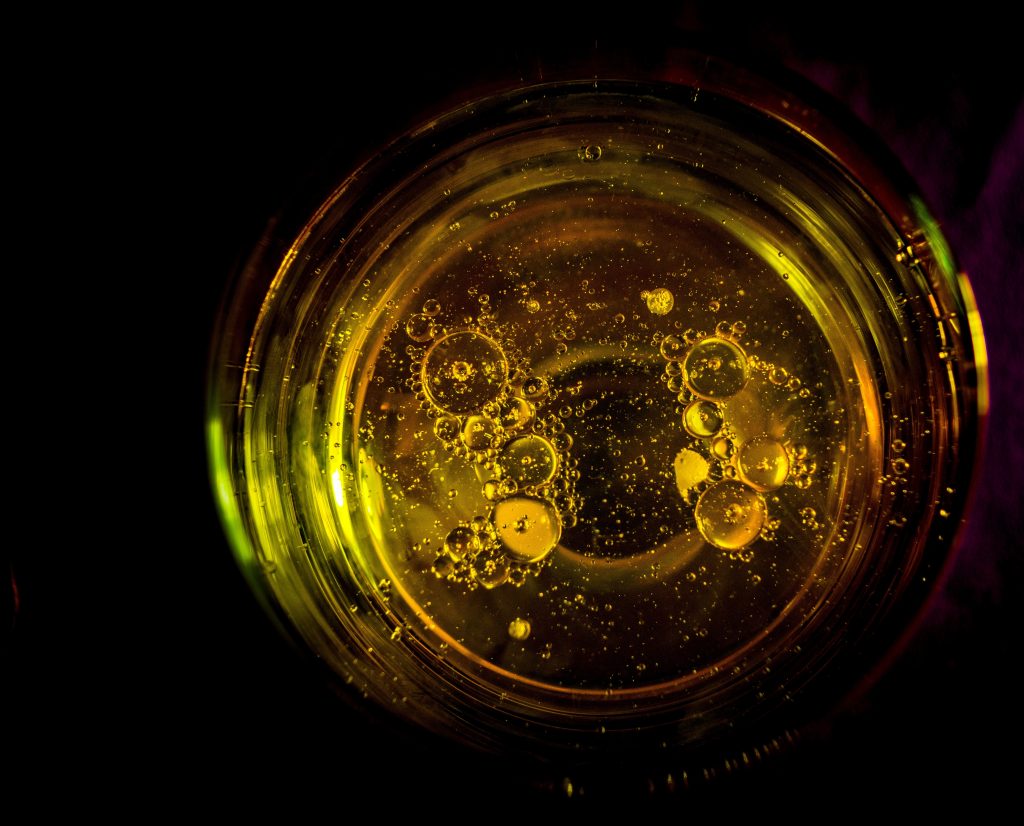 On what scientific fact is our Technology based?

The conclusion drawn form Technologic papers of the US Bureau of Standards, US Department of Commerce, is that it has been found that oils do not wear out mechanically, and may be used over and over again. Quote include:

How exactly does our Technology work?

Figure below shows a cut away diagram of our Oil Filter unit. All units consist of two main areas of operation through which the oil must flow – a filter element for the retention of solid and acidic contaminants, and an evaporation chamber to remove liquid and gaseous contaminants. The filter element consists of long strand unbleached cotton, capable of removing solid contaminants down to 1 micron. Contaminants below this size are not a wear factor in engines or equipment – a claim widely accepted by engine manufacturers, which is supported by SAE 660081:

Removal of particles down to this very small size also keeps engines free from sludge. Most reasonable quality oils will hold sludge particles in suspension up to 2-3 microns, above which they start to fall out and “dirty” the engine, this can be seen when examining the sump deposits of a used engine. With our Oil Filter technology, this phenomenon is eliminated. The engine can, therefore, operate in a cleaner environment, the extent of which is clearly evident when an engine is stripped down for rebuild or repair.

Unprocessed cotton is utilized as the filter medium because of its natural ability to retain acid contaminants – pure cellulose is not as effective as untreated cotton. It is necessary to have a slow flow rate through the filter element, not only for solid particle retention, but also to allow the chemical reaction between the cotton and acids to take place.

Oils designed for use in engines come with certain additives, for example zinc, calcium and magnesium. Calcium & magnesium are alkaline additives used to neutralize acids, and their presence is reflected in the Total Base Number (TBN). Zinc is an antioxidant, the beneficial effects of which are reflected in the level of the Total Acid Number (TAN). During normal engine operation, these additives are depleted. Wiramas Oil Filter offer a choice of two types of filter element per unit, one containing additive pellet for engine applications to replenish the zinc and magnesium used during a service internal, and the other a standard filter without pellets, for non engine applications. 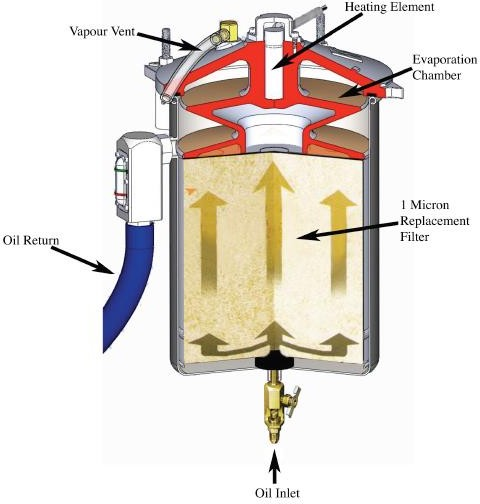 The evaporation chamber, located directly above the filter element, is where liquid and gaseous contaminants are removed. Oil enters through the diffuser plate, and flows over the heated surfaces, which, being large in area comparative to volume, ensure maximum “Thin Film Evaporator Effect”. The heating source is an electric heating element, designed to heat the area to 95º C. The heating element is set at this temperature to ensure efficient evaporation of water, light hydro-carbons in fuel, glycol (antifreeze) and other such liquid contaminant. Gaseous contaminant such as sulphur dioxide, which is absorbed into the oil in small quantities as a result of the combustion process, will also be evaporated out of the oil. However, it should be noted that the oil is not being heated to an extent that additional oxidation will occur. The vapors are then vented to atmosphere or, optionally, they may be routed back to the engine, and are either burnt or, in the case of water, pass through as exhaust. Finally, the clean oil is returned to the engine.

Prevention is better that cure

Our Oil Filter unit removes harmful solid, liquid and gaseous contaminants, but also goes a stage further in that it actually prevents the formation of some of the contaminants in the first place. This is illustrated with sulphuric acid.

Sulphuric acid is formed in engine oil as a result of the reaction of sulphur dioxide and water, both of which are by- products of combustion. Water also contaminates the oil due to the formation of condensation as the engine cools after shut down. The Wiramas Oil Filter system evaporates the sulphur dioxide and water due to the “Thin Film Evaporation Effect” in the heated chamber before the reaction to produce sulphuric acid takes place. As a result, the acid is not allowed to harm the oil, the additives are not depleted and the viscosity is not affected.

There are many benefits of Wiramas Oil Filter technology, which can be summarized as follows:

Significantly enhances the environment by:

In addition, our Filter technology: